While there are real differences between international spy thrillers and murder mysteries, Sherlock Holmes and Dirk Pitt would understand each other well enough, even if Sherlock would leave the shooting and exciting action scenes to Dr. Watson and the police. The police and the various official agency representatives may be good guys or bad guys, or both, but there are always bad guys, and crimes, and there is always some sort of mystery to be solved.

If you’ve been following Ravenmount for a while, you may be familiar with the Read Your Library Challenge, a reading project I’ve been enjoying for a few months now. The top shelf of my local public library (the first shelf in the adult fiction section, authors whose names start with A-And), which I have just about finished reading, offered quite a few novels in this genre, with sleuths ranging from an ageing Danish cop to a ladies’ garden club, and a wide range of crimes and settings. I’d estimate that cops and spooks, aka spy thrillers, crime thrillers and murder mysteries, made up over 60% of the library’s first adult fiction shelf, along with a few sci-fi  novels and some literary fiction. Before I move on to focus my attention on the second and third shelves, here are some of the highlights of the top shelf.

My favorite four authors from the Top Shelf- 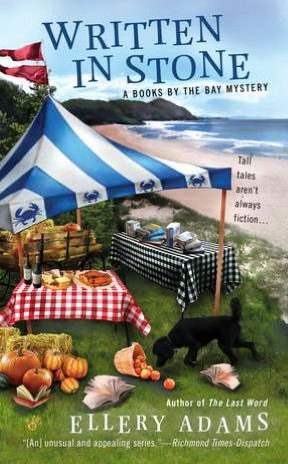 Ellery Adams – This author only had one book on our library’s shelf, a murder mystery set in a small town in North Carolina. This book incorporated information about the Lumbee tribe, a unique native tribe that is recognized at the state level, but not federally. I started reading a newly republished novel from Ellery Adams, a murder mystery about Southern pottery, but it was one of the ebooks I lost when my computer died. Hopefully I can redownload it and finish reading it once my new computer arrives, since the one I am borrowing cannot run the program that opens protected ebooks like that one. I really enjoyed the book I did finish by this author and will definitely be keeping an eye out for more by Ellery Adams. She seems to like throwing in juicy, nerdy trivia that allow the reader to learn random cool stuff while solving the murder mysteries. 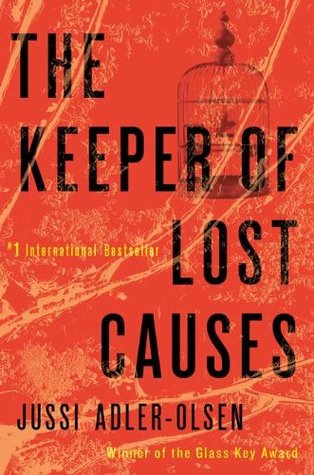 Jussi Adler-Olsen – Last year I read a couple ebook murder mysteries by a French author, and I really enjoyed the different setting. Most of the murder mysteries I’d read before that were set in the UK or in the United States. This year, since I have been finishing off reading the top shelf at the library, I got to read 2 books by Adler-Olsen.  These books are translated from Danish, and the sleuth is a fairly grumpy, obnoxiously sexist older cop who has been stuffed into a new job in a ‘basement office’ where the rest of his coworkers hope he will stay quietly out of trouble. That of course doesn’t work. He is supposed to be working on cold cases, in newly created Department Q, and his cases so far have turned out to be pretty warm by the time he’s done with them. I am not fond of the sleuth, especially with how he sexualizes and patronizes the women he works with, but the books are still entertaining.

Rennie Airth – This author’s books, at least the 2 that I read, are set in the UK after WW2, and deal with the national security and intelligence situation that remained after that war-  lots of military trained people turned back into civilians with undocumented weapons hidden away, top secret secrets that cops can’t access without lots of extra effort, and a lot of recent violence creating potential motives for murders.  Airth’s writing reminds me of the gritty storytelling of shows like Spooks, so if you like Spooks/MI-5 or Foyle’s War, you may really enjoy this author’s books. 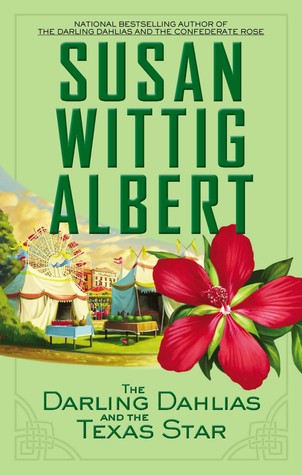 Susan Wittig Albert – This author’s books are in a way lighter than the others in this list. The sleuths are all women, and this author’s novels always include recipes, crafting tips, and/or gardening information. My favorite series (which according to what the author mentioned on facebook recently has a new book coming out this year) is the Darling Dahlias series, in which a ladies’ gardening club in 1930’s Alabama acts as the sleuths for various crime mysteries, including murder, theft and kidnapping. The other major series I’ve read by this author is the China Bayles series, in which China, a woman who has retired from criminal law to run an herbal shop, finds herself constantly drawn into murder investigations. In addition to these, our library had one book from a series set in England, with the children’s book author Beatrix Potter as the sleuth.

Other books of note in this genre, that I enjoyed and would recommend from the first shelf of my local branch library-

Desert Blood: The Juarez Murders, by Alicia Gaspar de Alba (based on true stories, particularly graphic and disturbing, but well written & worth reading)

Oblivion, by Peter Abrahams (memory loss, and clues that may point back to the sleuth as the criminal he is seeking)

There were quite a few other murder/crime novels in among these ones on the library shelves, but these were among the best. Our sad little branch public library has too little space and not enough dedication to books, so a month ago they culled quite a lot of the books from the shelves. Now, instead of books overfilling the shelves, there is space on each shelf to have a book propped up on display, and not all of the above-mentioned books remain at our branch library. But, at least they were there long enough for me to read them, and hopefully the ones that went away are just checked out or shelved at other branches now.