Posted on 21 February 2015 by Ravenmount

Yesterday I was lounging in a park with my sister reading You Are the Universe (Bill Harvey) and enjoying a chili relleno burrito from the best Mexican food joint in Pueblo (Monica’s Tacos, on Bonforte, about a block north of Hwy50). Tonight the sky filled with sleet and grauple and the roads are now slick and shiny under the softly falling tiny snowflakes. It’s gross outside, and of course Celtic Thunder will be arriving in Denver tomorrow, traveling in big buses along with those nifty red-cabbed semi trucks on roads far icier and with more snow than we are getting, an adventure I’m happy to be missing. Had they been here last weekend they’de have been much happier. Oh well.

I got very little reading done today, so far, because I was reorganizing my books. I’ve added over 50 books to my collection over the past month, and they were just piling up because I needed to shift too many books to put the new books in order with the rest. It still looks jumbled, but my book collection is a bit better now. I always find when I go through my books that I get inspired to read ones I hadn’t thought about much for a while, so maybe soon I’ll red a few of my own languishing books amid all the library books and borrowed books. 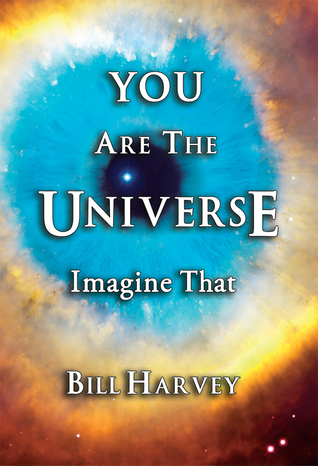 At the top of my TBR stack though is a book I just got at the thrift store, Dreams of a Final Theory, by Steven Weinberg. I’ve read 2 thrillers recently that dealt with theoretical physics, The Omega Theory and The 4th Option. In addition, I read Bill Harvey’s pop-philosophy book You Are the Universe yesterday, which draws on vague, frustratingly half understood theoretical physics ideas. I love reading books, fiction or nonfiction, that bring to the fore questions about the structure of the universe, but too much fake science bugs me after a while. I’ve studied too much of the real stuff, in just about every branch of science for that matter, to be satisfied with mushy pseudoscience and fictions. So, once I clear my ‘currently reading’ stack, I’m reading some ‘real’ science to cleanse my palatte.

I’m pondering options for posting long, philosophically oriented blog content, not here, since very few readers here are likely to appreciate my clogging this blog with my own philosophizing, but maybe on one of my extra ‘dead’ blogs (of which I have a few now). Harvey’s book annoyed me because his science was so spotty, often drawing on ideas that may actually be quite useful, but then demonstrating through his text that he doesn’t fully understand the concepts he references.

Very few people have the jack-of-all-trades collection of education I have put myself through, partly because most people are smart enough to get a job and be practical, so I can’t fault Harvey for not knowing everything about everything, and the point of his book was not to get it all right, but rather to get people thinking. So, rather than gripe about his book, I’m thinking I may use my marginal notes in his book (I made lots of notes) to springboard my own philosophizing about the Universe. If I do, I will share links to those posts on this blog, so those who are interested can read them.

As for this blog, I consider my year to begin on my birthday, which is March 27th (the same day as the first World Championship match of chess in the musical Chess), so I am aiming to have music and book posts lined up to start the new year off right, with the new year beginning March 27th. I had grand plans for the New Year January 1st, but my internet was completely down for a week before and 2 weeks after the 1st this year.

So far, right now, I am just keeping up these semi-daily journal style ‘bookbag’ posts, though as my mood improves again I may post a few extra posts with music and book content in them more like what I think of as Ravenmount proper. By March 27th, I’ll probably relegate these bookbag posts to a ‘Blog’ section of the front page, so they will be easily accessible without clogging up the overall site.

On Writing: A Memoir of the Craft, by Stephen King – We found this one at the thrift store, so I am finally reading it.

The Eye of the World, by Robert Jordan – reread – I’m still working on the screenplay version of this book, which requires a close rereading of the series starting at book 1.

A Killer Collection, by Ellery Adams – I have this as an ebook review copy, along with one other by Ellery Adams. I read one of hers earlier for my Read Your Library efforts, and really enjoyed it. This book is a recent reprint, and its original release date was in 2006. It starts out with a potter in his studio, and then jumps to an antiques event where a woman is hoping to learn more about Southern US pottery, as in Deep South I think, rather than Southwest. Adams seems to like writing mysteries that inspire readers to investigate the real world, traditional pottery in this one and a fascinating native tribe in North Carolina in the other one I read.

As always, if you want to see what I’ve read and my ratings/reviews, I rate every book I read on Goodreads and review most of them.