Posted on 10 February 2015 by Ravenmount

I’ve read over 50 books so far this year, already. On Goodreads my total is exactly 50, while on my own spreadsheet it stands at 52 now, since I have read 2 not yet published academic books, both in the area of political theory, that have yet to be listed on Goodreads.

Here is the list of what I’ve read, on Goodreads.

I like lists, so I may be posting an annotated list of the first 50 books I read for this year, soon.

In the meantime, I am reading more. Right now I am a few chapters into a sci-fi thriller called The 4th Option, by Sam Draper. Its author is intimitely familiar with space and energy science, and it shows. The theory this book introduces about how ‘strings’ interact with gravitons actually makes enough sense that I, with my 2 years of an aborted physics degree, can happily follow along. Folks who enjoyed The Omega Theory, by Mark Alpert, might enjoy this book as well. I find the dialogue a bit fake, and Draper’s attempts at writing a smart, ambitious, attractive female physicist seem too flat and impersonal to me, not inaccurate exactly, but not well nuanced.

If a man tried to write a book centered around the pretty blond woman who always did well in my college physics courses, based solely on what he could see and fantasize about, the book might feel a lot like Draper’s in this respect. We see what Sarah is wearing, how her hair looks, and how motivated she is, but it’s all surface details. For me, a woman who was in a physics department for a few years, Sarah comes across as too much of a caricature. Still, the uber-smart physicist with the theory that can save the world is at least a woman in this book, and an attractive one, which is a plus in favor of this book. I am only on page 70, too, so it may improve once things start actually happening (a bit of a slow start for a thriller, but not awful). 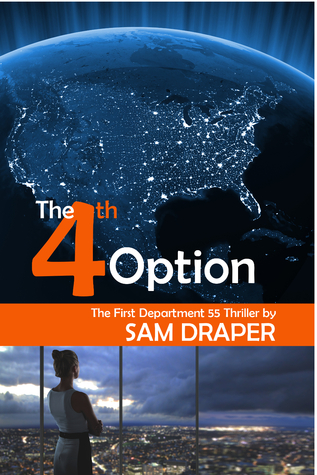