What is on your TBR (to be read) stack, list, or shelves? I come across great books, or at least great sounding, brand new books, every day, but I only have time to read a small fraction of them. Here are a few of the lovelies I found that are most definitely on my TBR list, though who knows when I’ll get to them. 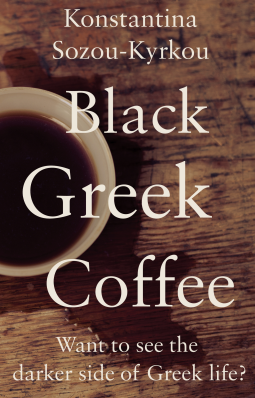 From the publisher: This fascinating collection of short stories from Greek author Konstantina Sozou-Kyrkou deals with the darker side of life in Greece. Full of domestic violence, male domination, superstition and ignorance, the strong influence of religion and suffocating traditions, Black Greek Coffee portrays life in rural 20th century Greece like no other book.
“My inspiration was my native village in mountainous Western Greece,” explains Konstantina, “and I focus mainly on events that I witnessed myself or incidents narrated to me by relatives and friends.” The author sought to expose the injustice and misunderstanding of life there, exerting her own social criticism through writing. “I wanted to expose readers to these unfair, oppressive circumstances, where people’s prejudices and corrupt morals prevail and destroy people’s lives.”
Black Greek Coffee touches on themes of self-righteousness, religion, migration, chauvinism, illness, loss, death, war, superstition, honour and gender issues. They are literary stories of the domestic, occasionally reaching into the supernatural, that surprise, educate and challenge the reader’s intellect.
“I deal mostly with submerged population groups like women, children, the poor and the uneducated; people who cannot always defend themselves, stand up to their rights. People who feel lonely in their subordinate positions. It is these people’s voices that I felt I had to bring to the fore, to make their problems heard,” says Konstantina. 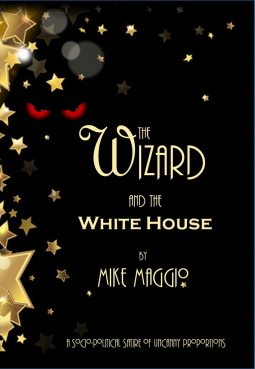 I just read a short story by Nikolai Gogol about a runaway nose, so this book about a vanishing mouth seems quite timely for my shelf.

From the publisher: President Gerald Wellington Thorne, a bumbling, ineffective leader, wakes up one morning to discover that his mouth has disappeared.

On the very same day, Larry White, a porter at Union Station, wakes up from a long night of drinking and realizes that he now has two mouths. His wife decides that this is actually a blessing in disguise, one that offers her a chance to save her husband from drink and eternal damnation. She enlists the help of her pastor, who in turn recognizes this as his once-in-a-lifetime chance to transform his run-down storefront mission into a lucrative mega-church.

And while Thorne and White are assessing their respective dilemmas, Fuzzaluddin Choudry, a humble and affable immigrant butcher from Pakistan, hears the voice of God in a water spout in Washington, DC’s Tidal Basin. The voice tells him that he has been chosen to save the President of the United States.

What evil force is behind this madness? Will the world ever be the same? Would it be better if we had a President without a mouth?

The Wizard and the White House is a delightful fantasy full of humor and imagination. Mike Maggio’s take on the clash of cultures in contemporary American life will leave you smiling… and perhaps wondering whether the foolishness we are witnessing in today’s politics could be improved only through a good dose of magic.