I always misremember the title to this album as ‘Swagalicious’, I think because I just like adding the suffix ‘licious’ to things. So, if I ever in your hearing say the wrong one, you know which album I mean. 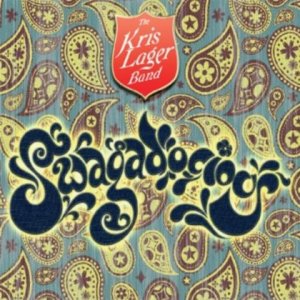 Swagadocious is the most recent studio album from the Kris Lager Band, released in 2012. The Kris Lager Band is from Lincoln, Nebraska, which puts them close enough to Fort Collins that they are here regularly on tour. Their next show here will be near the end of February, on February 21st at Avogadro’s Number (9pm, $7). This band is a blues rock band similar to Better Than Bacon. Kris, the lead singer, reminds me of Bret Micheals or Axl Rose, but on this album he reminds me more of Paul Rogers, the blues singer who joined Queen on tour a few years after Freddie Mercury died. The songwriting and instrumentation on these songs reminds me of Roger Taylor’s solo work, with streaks of 70’s R&B and rap.

If you miss the Kris Lager Band when they are in Fort Collins, you can find all 5 of their albums online at their website

Swagadocious is also available on Amazon.com and CD Baby.

Kris Lager Band is also on facebook, so check them out there as well at http://www.facebook.com/krislagerband .