Posted on 1 January 2013 by Ravenmount

Part 1( Supporting Acts)
Walled City Records Presents Walled City Sessions at the Nerve Centre, Derry, NI (December 21, 2012)
This show was a live concert (on 12/21/12, almost as good as 12/12/12) in Derry, Northern Ireland, which was also streamed live (and free) on the internet, and recorded, so that it can still be seen online. I highly recommend watching it. The recording includes almost an hour of silence before the show starts, so skip forward until you see a crowd filling in the space in front of the stage(start at about 1:01:00). Once the show began, and there were two opening acts, Chanel McGuinness and Gary Elliott. Gem O’Reilly was in the 3rd slot; she is a hot new act signed to Walled City, with an EP now on pre-order before its January release date. Up 4th was the first of what I consider the main acts, Darrell Coyle. (Actually, I am pretty sure they were all considered support acts except Ben and Damian. Oh well.) The the headliners: Ben Kelly played a set after Darrell, and Damian McGinty finished the show. I have to say, Oran O’Carroll has a really cute speaking voice, and is a lot cuter just in general than I had noticed before.

I really liked the first singer, the fiery-haired Irish singer Chanele Mc Guinness, from Donegal (Ireland). If the line-up had been designed according to my tastes she would have had a 40-50 minute set, because she was obviously just warming up in her first song, and was already really good. Chanel won second place in a singer-songwriter contest Walled City Records did this fall. I’m guessing that Gary Elliott performed a lot better in that competition than he did on the stage for this concert, because … well, listen for yourself. They are both talented musicians. Chanel is just about finished with her first EP, for which she did a successful fundraiser earlier in 2012 on indiegogo.com. Hopefully there’ll be more information forthcoming soon on this new EP, because at the moment I am having no luck figuring out if there is a link anywhere to a site where one might pre-order this one, let alone much additional information on it. In the meantime, though, her youtube channel has a lot of great stuff. She and Darrell Coyle are very prolific singer-songwriters whose youtube channels seem to offer something new and entertaining unusually frequently.

Gary Elliott
This fellow won the Walled City Records Singer-Songwriter competition, and he certainly seems to have a style that turns up on the radio a lot on the contemporary pop scene. I’d have to see him again, at a smaller venue, to really say for sure what I didn’t like about him. His songs sounded frantic and rushed, a lot more like the rough covers that turn up on youtube, played by nervous kids in their bedrooms, the kids who aren’t sure if it’s ok for them to post their singing in public. So, maybe it was nerves. He has a fair voice, and good taste when it comes to selecting music, so hopefully he has more chances to play for the sorts of crowds Damian McGinty can draw in. Gary has just finished recording a first EP, so if this is where my tastes and yours diverge and you really love this guy’s music, there’ll be a release coming out soon. He has a style that could be very commercially successful, maybe almost as successful as Gem O’Reilly, selling to the teen and young adult crowds, but I’ll leave off critiquing him before I burn my bridges with him so far that they can’t be rebuilt. His one song on his facebook page, “The Wooden Boat”, sounds alright, and a lot more carefully measured & relaxed compared to what he was doing at the Walled City show.

This girl is like a British brunette version of Taylor Swift, and she covers Taylor quite decently. As Taylor starts growing up enough that her life’s adventures begin appealing to older fans, I could see Gem filling in some of the gaps in the music world. Neither of these ladies is as insipid as some of their sappy teenage love songs might seem to suggest, and I’m sure Gem’s audience will start out pretty broad, not just appealing to teenagers. Still, teenagers need music they can relate to, by people they understand and who understand them. Listening to some of Gem’s lyrics, I’m pretty sure she is happy for now singing the songs that today’s teenagers need. Considering that Damian’s Glee fans include quite a few folks in this younger demographic, this may be a very successful combination. Gem O’Reilly has her solo EP coming out in January via Walled City Records, and it is now available for preorder.

The last of the ‘support acts’ in the Walled City show was the guy I would have been attending the show to see, if I was in Derry. Darrell Coyle is a young, fun-loving guy who posts all sorts of silly things online (actually a lot like Keith Harkin, or at least what I imagine Keith would have been like had he been on twitter back in 2007 or 2008). But, when Darrell starts writing music, it’s as if he’s channeling someone else, maybe his own older self or something, and his singing similarly doesn’t sound like that of the kid posting silly faces on twitter. Most of the better musicians I’ve met have this sort of duality about them, and it doesn’t really do away so long as they are still happy enough or alive enough to write music. 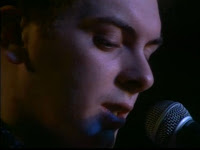 Darrell Coyle is the first artist Walled City Records signed, and his EP when it came out earlier this year charted in several countries, reaching #1 in Mexico. I wish he had released a full album, not just a 4-track EP, because 4 songs is just not enough. But, as I mentioned earlier, Darrell also records a lot of rough covers and originals as youtube videos. Several of the songs he played at the Walled City Records show were songs he introduced to the world via youtube videos sometime after his EP came out. I’ve run through all 4 of his EP tracks in my playlists, as my more regular visitors might have noticed. If I ever make it out to Derry, this is one musician I hope to meet while I am there, hopefully after a live show so I can take a few pictures for my blog and facebook page too.

Independent science nerd/writer/music blogger/arts enthusiast/theorist currently in Colorado.
View all posts by Ravenmount →
This entry was posted in Ireland, music. Bookmark the permalink.