Posted on 1 December 2012 by Ravenmount

Between the announcement today of the 2012 Irish Music Awards nominations, the upcoming Damian McGinty concert in Seattle, Josh Groban’s new album, and quite a lot of exciting local music news, pausing to actually write anything is a challenge this week. I am also in a choir which has its holiday concerts this week, so I spent the first few days of the week in rehearsals, and still have two more shows to sing, tonight and tomorrow, before the season’s choir schedule slows down again. Tonight Mama Lenny & the Remedy is playing their last show of the season, which I will be attending, of course. But, in the meantime, I strung together a new list of songs for the week. Last week’s song list finished off my second ‘Accumulated List’ of 200 songs, which is why it had so many more old familiar tunes than I usually try for. This week starts Accumulated List #3, and starts in with a heavier proportion of more obscure tracks, or at least tracks I had not heard until very recently.

1. “False False Fly”- Jane Siberry (Hush): As sometimes happens in electronic music systems, the titles of the tracks on this album do not match up with the songs. But, the song “False False Fly”, on this album, which is mislabeled as the following track “The Water is Wide”, is a fantastic tune, well worth the headache of figuring out which track is which.

2. “Across the Blue Ridge Mountains”- Rising Appalachia (The Sails of Self): Another folk song, this time one from the Appalachian Mountains. I could see myself singing in a group like this one, if only I could play an instrument.

3. “Caruso”- Mario Frangoulis, Lucio Dalla (Mario & Friend… What a Wonderful World): One of the challenges facing the contemporaryr music lover is deciding which renditions of classic songs to favor. In the deacdes before amazon and spotify, not all music was available everywhere, and our music collections were much smaller. ‘Caruso’ is an old classic song, one sung by lots of classically trained singers, so there are literally hundreds of high quality recordings of this song. Since I try not to repeat songs too often, it matters just a bit which versions I add to my playlists. I love Josh Groban’s version, and a few others, but this one is absolutely gorgeous. 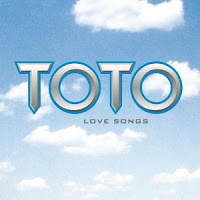 8. “Aararo Aariro”- Mysskin (Yuddham Sei): A bit of Bollywood-esque music, from a movie released in 2011 in India, called (in English) Yuddham Sei. I know next to nothing about the Indian film industry, and my sister, who is a big Bollywood fan, is out of town. In any case, I’m pretty sure this is one of the songs I liked that the Unity Fair performers included in one of their performances.

9. “Picking Out My Outfit”- Chuck Pyle (The Spaces In Between): I always imagine that George Donaldson is a Scottish version of Chuck Pyle, and not just because they look similar. I am not sure if everyone experiences music like this, or if it is just me, but I have a really hard time getting into certain singer-songwriters’ music if I have never met them or at least seen them perform live. Chuck Pyle was one of the artists at New West Fest this past year, and I really enjoyed his show. In fact I wandered off from the Gypsy Kings show and got drawn in by Mr. Pyle’s music as I was leaving to find a soda. Having seen Chuck Pyle perform, from ~40 feet away, and having gotten a sense of him as a person, I enjoy his albums now. Similarly, now that I have seen George Donaldson performing live, albeit on the Celtic Thunder stage and from a fair distance away, and more importantly now that I have met him, I enjoy George’s own music enough to justify buying his album. “Picking Out My Outfit” is one of the songs Chuck made especially entertaining at his show this past summer.

10. “Against All Odds (Take a Look at Me Now)”- Mariah Carey, Westlife (Coast to Coast) : Celtic Thunder fans might recall a certain 23yr old, Mr. Colm Keegan, relating his tale of having made it big with Westlife, prior to joining Celtic Thunder. Well, the album this song is from, Coast to Coast, was released in 2000, when Colm was 11, so believe what you will. I rather enjoy the fantastical notion of Colm as part of Westlife, because this would mean his first time singing on stage in the same show as Ryan Kelly would have been in 2003, when Ryan sang in the Children in Need concert in Belfast, a show in which Westlife also appeared. I could definitely see Celtic Thunder picking up this song, with Colm Keegan and Emmet Cahill (aka Celtic Comet) in the lead.

11. “Aisling Gheal”- Iarla O Lionaird (The Seven Steps to Mercy): As old classic songs go, this song is pretty old, appearing in several Irish song collections. This was the first song I heard from Iarla O Lionaird, while I was looking for songs listed in an early Irish song collection. “Aisling Gheal” is about as commonly found on traditional Irish albums as “The Prayer” is on contemporary pop/classical singers’ albums. This is also the song that brought Iarla O Lionaird enough attention to help launch his career as a musician.

12. “Alone With You”- Devics (My Beautiful Sinking Ship):

13. “Hooker Red”- Jetset Apathy (3 Songs): If Ross Crean ever tours before I vacate Fort Collins for someplace with warmer winters, I hope he includes Fort Collins on his schedule. Jetset Apathy is a new project he’s been working on, an alternative rock sound which works really well with his luscious voice. The first release for Jetset Apathy is only 3 songs, nowhere near enough, but I suppose, just like good truffles, the good music has more impact in smaller, more frequent doses. I just hope Ross Crean has some more music in the works, to follow up the 3 excellent tracks on this first Jetset Apathy EP. 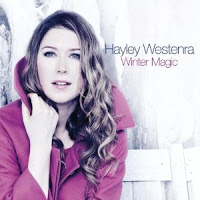 14. “Carol of the Bells”- The Pavao Quartet, Hayley Westenra (Winter Magic) : The CSU orchestra is playing this song in their shows this week, and if they play it the same on Sunday, the folks in denver will be hearing not the cheery jingling and tinkling of holiday bells, but rather the clang, and clash, and roar of alarum bells, heralding the coming end of all things 2012. So, it seemed fitting to balance out the rather heavy orchestra’s rendition of this song with one from the more ethereal end of the scale.

17. “The Ballad of George Collins”- Sam Lee (Ground of Its Own ) : Sam Lee caught my attention because he draws on the music of the Traveller communities in the UK, a subject I could spend the rest of my life on quite happily. As English folk singers go, this guy is pretty cool, and the hat he is holding in one of the photos for this album reminds me of those cool hats SHEL is selling. Hats are a pretty arbitrary standard by which to decide on show line-ups, but nonetheless, I suspect that a SHEL + Sam Lee show (or tour) would be particularly fantastic.

18. “Alejate”- Josh Groban (Josh Groban) : Soon we’ll have a new album full of amazing music to listen to from this fellow. I’m not making any bets as to when I might meet this guy- he seems very down-to-earth despite his fame and fortune, but it seems a bit unlikely that he’ll be playing Everyday Joe’s Coffe House any time soon. But, at least we got to see lots of photos from the studio this year. Josh seems to be as fond of taking pictures as I am, and regularly includes his adorable walking rug/dog. This week, though, I’ve included a song from Josh’s first album, back when he was still a teenager, not long after he made it big filling in for Andrea Bocelli.

19. “The Atheist Christmas Carol”- Vienna Teng (Warm Strangers) : I like this song as a response to many conversations I’ve had with well-meaning and sometimes honestly interested people who wonder how I, as an atheist, could celebrate Christmas. The full answer is of course complicated, and rather more personal, but Vienna Teng gives a nice picture of what a significant part of my answer often is. I like Vienna Teng as a reminder of how people wind up in music, too. Vienna was a software engineer who quit her job in 2002 and released her first album as a professional musician that same year. Music is not the industry for everyone, and most people I know are quite happy simply listening to a few songs every so often, but for some of us who started out pursuing ‘real jobs’, music is too compelling a world for us to happily settle into something else instead.

20. “This is the Moment”- Paul Byrom (This is the Moment) : It seems fitting to end the list this week with Paul Byrom’s triumphant and optimistic title track from his most recent album. Paul Byrom is hopefully celebrating with his lovely fiance this weekend, because he’s been nominated for Best Irish Tenor, in the 2012 Irish Music Awards. Barry Kerr was also nominated, for Top Uillean Piper, and George Donaldson was nominated for Top Solo Performer in Concert. A credit to Sharon Browne and her judgement, not only were these three Celtic Thunder men recognized in the recently announced award nominations, but Seana Davey, the harpist in the currently touring Celtic Thunder band, was also nominated for Top Harpist. Clearly Celtic Thunder is so successful because it brings together the incredible talents of so many top-notch musicians. There are other names on the nominations list worth noting, of course, but Paul is most certainly deserving of his place in this contest. Voting started today, and is open to anyone who is a member of the Irish Music Association.