Christmas in July! Oh, and ordered a new CD 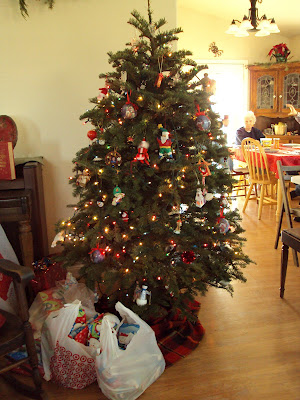 It has been a tradition at the scout camp I used to work at, that we celebrated Christmas in July on the 25th, decorating nearby pine trees, singing carols, and pulling friendly pranks on the other camps. It has been a few years since I last was in Elbert, but July 25th still is on my radar as a special day, full of joy and song and wistful imaginings of snow and cool weather. It may be 100F or hotter outside again today, but it will be below 32F in my imagination, all day! Yes, one of these days I’ll have internalized Celsius temperatures, but sadly not yet. 32F is 0 degrees Celsius, and far more pleasant than mid-July heat. 100F is very hot, hotter than most folks in Great Britain will see unless they go on vacation somewhere south.

Here, at least, it is a dry heat, like being wrapped in a nice, cozy, dry, woolen blanket in front of a crackling fire, only the fire is maybe a bit too hot or too close. This is far better than summer along the Southern coast, where the humidity is ridiculously high so that you are basically being steamed alive. Winters are also dry here, so if you put on a few too many layers the sweat against your skin starts making you cold, but this is a relatively minor problem. I figure you can always put on another layer or change into a warmer sweater, but you can only take off so much, and once naked, you get awful sunburns in those bits that don’t often see the sun.

I actually bought myself a present this holiday, though it is on pre-order, and won’t get here till September. I generally hate waiting, but this time it may be ok. Remember that I said I don’t buy many CDs lately because I have only a wonky DVD-player that is dying, and cannot otherwise play CDs? Well, the DVD player’s speakers have finally gotten bad enough that the silly machine is not worth plugging in. It lasted through the second disc of the second season of Sherlock (thankfully, as this second season is not available yet streaming on netflix, just on actual discs). But, that last episode was rather painful. Mr. Cumberbatch speaks too rapidly in character, at least too rapidly when one is trying to listen to him on really bad dying speakers. So, while I didn’t miss anything vital, I really did not catch much of his actual dialogue.

The screen works fairly well, but I don’t need a visual display for an audio CD- I would need speakers for that. Still, there are some artists whose CDs are nonnegotiable items on my wishlist. I keep buying internet downloads instead of physical albums, partly because otherwise they won’t be playable on my computer, but I miss album artwork and having an actual CD. So, between now and September 18 I am going to have to buy either a new DVD player or speakers. Actually, since my player has no buttons on the machine that actually allow navigation through menu screens, I have yet to see any of the special extra features on any of my Celtic Thunder discs. Maybe a new player would be best.

Anyway, this is the CD I bought myself for Christmas in July- Keith Harkin’s debut solo album: 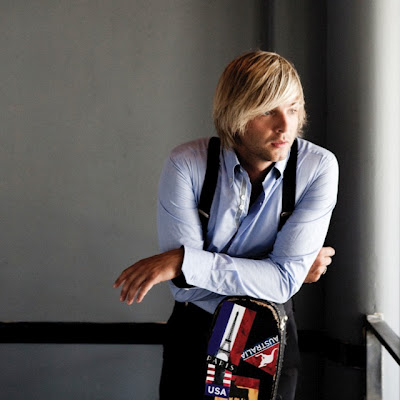 I am very excited about this one, and not just because Keith is a sexy Irish man. I am a bit concerned that he may be too nice a person for his own good once he starts drawing in the attention he deserves as a musician, but the fans he has earned through Celtic Thunder are a very nice, supportive, protective bunch, and I am sure they will continue to keep an eye out for him in his solo career. I really like that he is still a nice, real person(who looks lovely both in and out of a suit/kilt/etc.). And he plays guitar beautifully, has a nice voice and writes his own songs. Now if only Ryan Kelly and Neil Byrne could get a few new albums out…

I still think an Acoustic by Candlelight tour album, a mix of studio and live recordings of the songs from their tour, would be an excellent follow-up to their tour, and would placate some of us who do not live on the East Coast and rarely get to enjoy the many solo shows these guys have done in between the Celtic Thunder shows. Not to mention, I keep getting their rendition of “Don’t Go” stuck in my head and would love to have it on my ipod to listen to away from my computer. Oh well, back to writing the thesis….